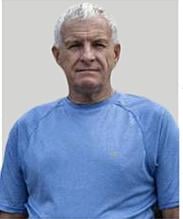 A LOCAL trial court has found former Ocean Adventure executive Timothy J. Desmond and one other “GUILTY BEYOND REASONABLE DOUBT” of the crime of falsification of private document.

Judge Rolando S. Tungol of the 4th Municipal Circuit Trial Court in Bataan sentenced Desmond, an American citizen, and Ruby Ong Biere to imprisonment of up to more than three and a half years with a total fine of no less than P260 k, including attorney’s fees.

“They just simply acted in bad faith,” said Judge Tungol, referring to Desmond and Biere, in commiting the crime over 13 years ago.

The case stemmed from the September 14, 2002 Special Stockholder’s Meeting of the Subic Bay Marine Exploratorium, Inc. (SBMEI), where complainant Virginia S. Dio was ousted as a member of the board of directors, treasurer and chief financial officer of the company.

Dio said Desmond, as SBMEI CEO and Chairman of the Board of Directors, and Biere, operations manager and acting corporate secretary, conspired in making untruthful statements in the minutes of the meeting.

Other officers of the company present, including SBMEI President John J. Corcoran, who acted as presiding officer or chairman, would have been charged and found guilty of the crime of falsification but, Tungol said only Biere, who prepared the minutes as acting corporate secretary, and Desmond signed the subject minutes.

“They just simply acted in bad faith but since it was only Mr. Desmond and Ms. Biere who signed the subject minutes which contained the falsities, they are the only ones criminally liable therefor,” Judge Tungol said in his decision.

“The pervading motive of accused and his allies in the board of directors for the holding of the special stockholder’s meeting is ubiquitous in the entire proceedings that transpired therein,” Tungol said, “They have to remove the complainant from her positions no matter how. They disregarded their by-laws from the time of sending of notice up to the time of voting for the removal of complainant.”

Introduced to Desmond by an associate in 2001, Dio told the court she was convinced by the former to invest a total of $2.15 M in the theme park Ocean Adventure in Subic, with the condition that she will also be appointed Treasurer and Chief Financial Officer while her counsel lawyer Winston Ginez as Corporate Secretary. Like Dio, Ginez was also forcibly ousted.

She said that in the performace of the duties and responsibilites of her positions, she discovered that SBMEI was losing P93 M “because of dead whales from Beijing” where Desmond placed his investment.

Desmond was also found to have “produced a lot of fictitious loans and invoices pertaining to the operation which he deducted and amortized but they didn’t exist.” Dio said that she discovered that “there were two (2) companies active in environment in the United States, one of which issued all the ficticious invoices that just in the middle of 2001, accused (Desmond) had accumulated almost six million dollars ($6,000,000.00) invoices which made the company lose.”

She only occupied her positions for only a few months because “when she started questioning the fraud and she didn’t want to make investments, accused (Desmond) called a meeting which she (Dio) did not know and was not informed about.”

Another case of falsification is pending at a Balanga, Bataan against Desmond who is already presently a fugitive, hiding from the law for over a year now to avoid arrest for the non-bailable crime of “Syndicated Estafa” now pending before the Olongapo Regional Trial Court Branch 72.

A one-million-peso (P1 M) reward awaits anyone who will come forward with information to the National Bureau of Investigation (NBI), PNP or the PECABAR Law Office, if it leads to the arrest of Desmond. 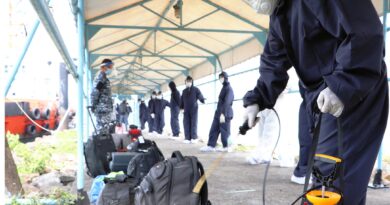 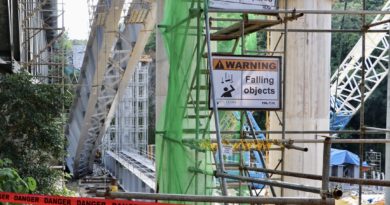 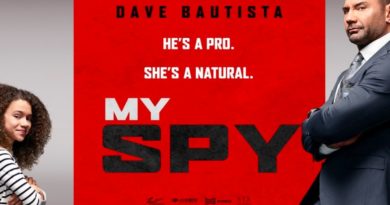