EXERCISE PAGSISIKAP 2019, a Fleet-Marine amphibious exercise conducted by the Philippine Navy, has concluded after four “hectic and challenging” days for the participants composed of some 350 sailors, 160 marines and 70 reservists.

“There were challenges of course but we are not out to work in a perfect environment,” Navy Capt. Edward Ike M. De Sagon, exercise director said during the closing ceremonies aboard the PN ship BRP Davao del Sur while docked at Hanjin Shipyard, Subic Bay Freeport Zone. “I could safely say that the Exercise was very fulfilling and educational,” he added.

Navy Capt. Roy Vincent T. Trinidad, guest of honor and speaker in the ceremonies, lauded the participants who also conducted Civil Military Operations (CMO) and Community Relations (COMREL) activities “to build and strengthen the mutual understanding among sailors, marines, reservists and the populace.”

“We have just tested some of our applicable doctrines and so let us now go back to the drawing board and see if there are things to revise or formulate as an offshoot of this Exercise,” De Sagon said, “let us continue to hone our individual skills as sailors and marines, and more importantly, our inter-unit cohesion.

De Sagon revealed that very unfavourable weather conditions has caused them to lose equipment, including weapons, at sea but that recovery operations were already underway. 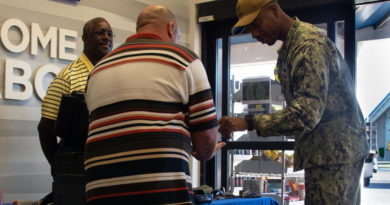 NAWSCL Affected By a 7.1 Magnitude Earthquake, 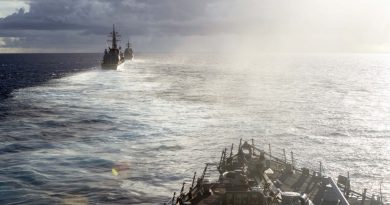