SUBIC BAY FREEPORT—A senior official of the Subic Bay Metropolitan Authority (SBMA) expressed indignation at reports that a part of the West Ilanin Protected Area here was destroyed for the construction of a shooting range to be used in the 2019 Southeast Asian Games.

“That is a very irresponsible assertion that makes a mockery of truth as we know it,” Dela Llana said referring to a tabloid front-page story headlined “Subic forest sinira para sa SEAG.”

“There are three trees that we have recommended for cutting out of the affected 25 trees in the area because the rest were only for trimming. How could they say a whole forest was destroyed?” Dela Llana said in a statement.

“That is a very irresponsible assertion that makes a mockery of truth as we know it.”

SBMA Ecology Center manager Amethya dela Llana, referring to a tabloid front-page story headlined “Subic forest sinira para sa SEAG”
“Also we have pointed out the fact that while the construction project is within the West Ilanin Forest, which is a protected area, the location is already built-up, which means it has been previously developed and therefore no longer classified as a forest,” she added.

Dela Llana had issued a statement on Thursday to clarify the status of the shotgun shooting range project located at the former Explosive Ordnance Disposal (EOD) area at the former Naval Magazine (NavMag) in the Subic Bay Freeport.

She said the project site has been used extensively by the US Navy along with the nearby ammunition pier at Camayan Point, which is now the site of the Ocean Adventure Marine Park.

Dela Llana said the project is being undertaken by a private contractor, CFV ARAR Contractors, Phils., Inc. and was initially intended to be built in Clark. However, PHISGOC endorsed the project to Subic last September.

Dela Llana also clarified that the SBMA Ecology Center issued a notice of violation to the project contractor on November 22, after an on-site inspection on November 21 revealed extensive clearing and grubbing operations in the area without appropriate environmental permit.

However, Dela Llana said that the contractor thereafter filed a request for tree trimming and cutting, which was granted on November 25 after an inventory of the affected trees. Her office reportedly allowed the cutting of three gubas (Endospermum peltatum) species, which were found to be leaning over the road.

Dela Llana added that the Ecology Center also conducted a technical compliance conference (TCC) on November 26 with representatives of the project management team to resolve issues regarding permits. Another meeting was scheduled for after the SEA Games, she added.

The SBMA official also said that the contractor will be held liable for its violation and compelled to undergo compliance process.

She recalled that the SBMA had previously penalized companies which violated regulations enforced in Subic’s jurisdiction, including Subic Bay Marine Exploratorium, Inc., the operator of the nearby Ocean Adventure Marine Park.

She said the SBMEI was fined by the SBMA when it was found to have “deliberately evaded the filing of an application for environmental clearance” while undergoing construction of several pools in October 2016. (By Henry Empeño) 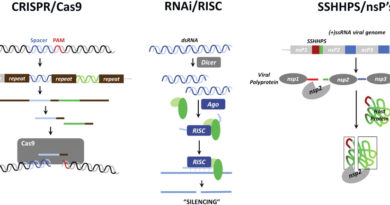 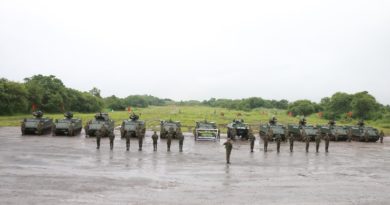 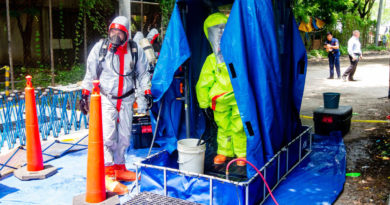