SBMA Senior Deputy Administrator Ramon O. Agregado said SBMA Chairman and Administrator Wilma T. Eisma, who is at the moment in the United States for a trade mission, endorsed to the Board not to impose port charges, which are imposed on all vessels docking or anchoring on the bay, in this case “for humanitarian considerations.”

Agregado said the Nov. 7 letter by the SBMA Seaport Department to the Coast Guard Substation in Olongapo that mentioned the imposition of port charges on the stranded fishing vessels “was simply a procedural reminder and a statement of policy, considering that the vessels entered Subic Bay without authorization.”

“But even that letter, which was unfortunately interpreted by some as a threat, mentioned that the SBMA allows sheltering during such incidents,” Agregado pointed out.

“It would be the height of insensitivity for anybody to fine these Vietnamese fishermen who only sought succor in our shores due to bad weather,” he added.

According to a report from the SBMA Seaport’s Port Operations Division, the Vietname fishing vessels entered Subic Bay on Nov. 6 without requesting for entry clearance from port authorities.

Officers from the SBMA Law Enforcement Department’s Harbor Patrol and the Philippine Coast Guard found out upon boarding the vessels that the Vietnamese fishermen were not able to communicate with port authorities because no one among the crew could speak English.

Upon learning that the foreign fishermen were seeking shelter from the storm, Subic port officials allowed them entry and anchorage on the bay.

Agregado said the Vietnamese Embassy in Manila had in fact requested concerned agencies of the Philippine Government to provide necessary assistance in case any Vietnamese fishermen sought shelter in Philippine waters because of the low-pressure area at that time.

However, the Embassy letter dated Oct. 31 did not reach Subic port authorities before the fishermen actually entered Subic Bay, he added.

A Subic Freeport locator with axe to grind has apparently taken advantage of the Vietnamese situation to cause a stir to get back at SBMA, which has pre-terminated its lease agreement for contractual violations and outstanding debt.

Meanwhile, Olongapo City Mayor Rolen Paulino Jr. has been providing food and water provisions, along with some residents, to the crew of the three (3) remaining Vietnamese fishing vessels who claim they have insufficient fuel to return to Vietnam. 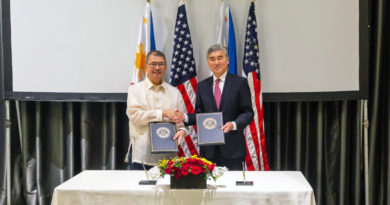 US, Ph Sign Agreement on Science and Technology Cooperation 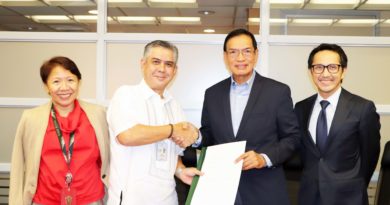 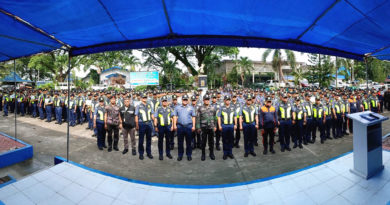