The ship-to-shore maneuver, which was the culminating event of two weeks of combined training focused on assault amphibious vehicle interoperability, marked the first time the AFP conducted a multilateral amphibious landing with its own AAVs. The drill’s success validated the multinational forces’ ability to conduct complex, synchronized amphibious operations, and it reaffirmed the partnerships between the Philippines, Japan and the United States.

“It’s a major challenge taking three different elements with different backgrounds and bringing them together to execute one goal,” said Philippine Marine Sgt. Roderick Moreno, an assistant team leader with 61st Marine Company, Force Reconnaissance Group. “It was definitely a learning experience, but every year we participate in KAMANDAG, we get more in tune with our allies.”

“Today was about effectively coordinating with our allies from the Philippines and Japan. AAVs representing each country maneuvered simultaneously to conduct a movement up the beach. It’s crucial that we know how to do things side by side, so that in the face of serious military or humanitarian crises, we can work together to overcome the challenges that face us.” — U.S. Marine 1st Lt. Malcolm Dunlop, an AAV platoon commander with 4th Marine Regiment, 3rd Marine Division.

The broad sequence of training events included Philippine and U.S. reconnaissance of the beach, the three country’s AAVs launching from the Philippine BRP Davao Del Sur (LD 602) and the American USS Germantown (LSD 42) then coming ashore, Philippine and U.S. Marines securing the objective, and Japanese Soldiers leading a medical evacuation disaster relief drill. U.S. forces have been partnering with the Philippines and Japan for many years, working together in many areas to uphold our shared goals of peace, stability and prosperity in the Indo-Pacific region.

Training efforts between the AFP, JSDF and U.S. Armed Forces ensure that the combined militaries remain ready to rapidly respond to crises across the full range of military operations, from conflict to natural disasters. “Although the Japan Ground Self-Defense Force normally participates in KAMANDAG, this was my team’s first time working with the Filipinos and the Americans together, and it went well,” said Japanese Soldier Sgt. 1st Class Itaru Hirao, an AAV crewman with the Amphibious Rapid Deployment Brigade, ARD Training Unit.

KAMANDAG 3 is a Philippine-led, bilateral exercise with participation from Japan. KAMANDAG is an acronym for the Filipino phrase “Kaagapay Ng Mga Manirigma Ng Dagat,” which translates to “Cooperation of the Warriors of the Sea,” highlighting the partnership between the U.S. and Philippine militaries. 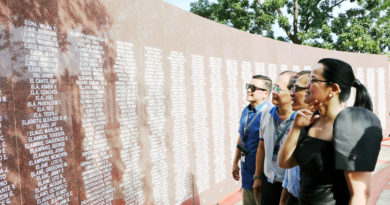 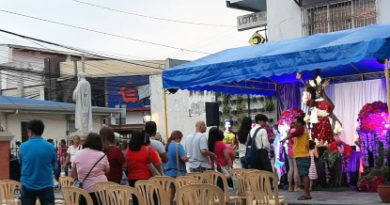 Black Nazarene devotees line up for ‘pahalik’ in Bataan