SM Olongapo recently conducted the 11th Philippine Sudoku Super Challenge (PSSC) Regional Finals in partnership with DepEd and Mathematics Trainers Guild-Philippines (MTG) in cooperation with Philippine Star and Phoenix Publishing House.
Millie Dizon, SM Supermalls vice president for marketing and communications, and Dr. Isidro Aguilar, MTG president, inked the new memorandum of agreement at the launch of the 11th PSSC and 2016 Challenge for Future Mathematics (CFM) at the Filmfest Cafe in Mandaluyong City.
SM Supermalls has partnered with MTG contests since it started in 2006. The 11th PSSC regional elimination round was held simultaneously on October 17 at SM Supermalls in Cagayan De Oro, Dasmarinas (Cavite), Baguio, Cebu, Pampanga, Iloilo, Lucena, Baliwag, Bacolod, Lipa (Batangas), Rosales (Pangasinan), Tarlac, Davao, Naga, Olongapo and Marikina. Meanwhile, the 2016 Challenge for Future Mathematics finals is set on Nov. 12 this year.
Archie Val Rodriguez, president, Mathematics Development Association of the Phils. thanked SM for supporting the contest. “We are very grateful to SM for supporting us since the Sudoku contest started,” he said.
Division of City Schools Olongapo Mathematics Coordinator Mr. Ruel Emberga said that the Sudoku contest is just one of the many Math contests that help students enhance their mental skills. “It will also prepare them to solve future life’s challenging problems.”
The Philippines has already produced international sudoku contest winners in the past few years through the Philippine Sudoku Super Challenge. With the positive response of partners and schools Sudoku craze has rapidly growing , students from elementary and high school continue to develop their cravings in number games and puzzles.
The competition aims to develop the reasoning ability of the participants to further improve their mental and critical skills. It also offers an alternative past time among the youth.(PR-SMOL) 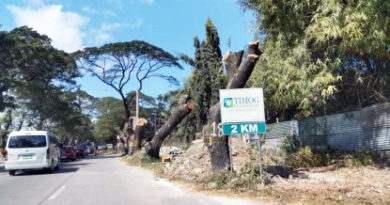